All students were gathered in the Duel Arena, where everyone together would easily it. Dead center, on the field, was Seto Kaiba, in the flesh, microphone in his hand. The teachers were all grouped around him, trying to get the students to calm down. Eventually, Seto raised a hand and silenced the entire crowd within seconds.

"All right, listen up. You've all been on this Academy for at least half a year. That means you all have had plenty of time to make a name for yourself, as well as improve your dueling. The GX Tournament was never finished due to a student going crazy, but that event was made for a different purpose. This tournament, is made to weed out the weak and bolster the strong."

The crowd got more antsy the more he spoke. He always had a way with large numbers of people and knew exactly how to motivate them. "This tournament will not only be a battle for the title of Academy Champion, but the two finalists will join me in an overall championship. They get to duel the real legends, like myself, and Yugi Muto, in another run of Battle City. So shuffle your Decks, activate your Duel Disks, and prove me you have what it takes to stand on the same stage as me!"

Hetossed the mic away, walking out on the crowd that went absolutely bananas. Nailed it, yet again. 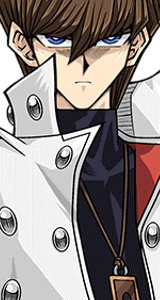