With their victory over the takeover, Zachary managed to hold onto his spot in Obelisk firmly. He'd proven he had what it takes, and with Evan having matured during those events, he's become more friendly to him, and others somewhat as well, though he'd never admit it, since he does have a reputation to uphold.
Student Picture: 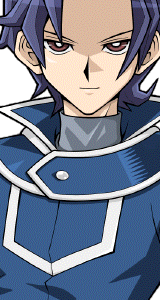