Student Name: Dax Talon
Student Age: 43
Student Height: 1,82 mtr
Student Weight: 87 kg
Student Eye Color: Blue
Student Hair Color: Steel Blue
Student Gender: Male
Student Dorm: Abandoned Black Overseer
Student Deck: N/A
Student Background: Dax is a buff man in his early 40's, who served in the American military. He has a daughter he is very fond of, but who vanished. He was brought into Duel Academy for discipline to those who had committed the more serious crimes, among the students. The ones under his care would not have to expect a shoulder to cry on, but a harsh rule, as he blames them for what happened to his little girl.
Student Picture: 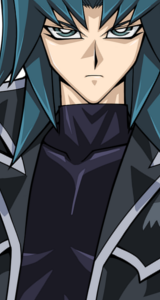